← more from
Geenger Records
Get fresh music recommendations delivered to your inbox every Friday. 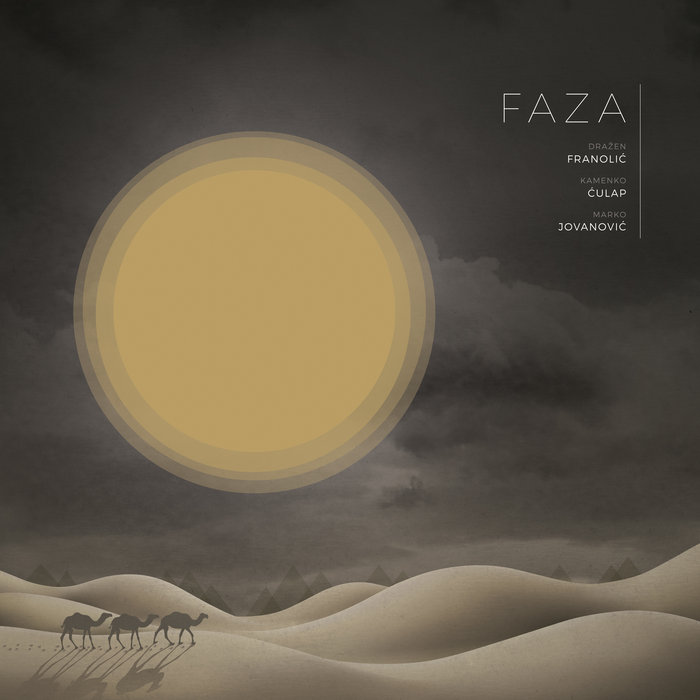 Dražen Franolić, Kamenko Ćulap and Marko Jovanović began their musical collaboration in 2016 after meeting by chance. Their collaboration resulted in many live performances and also in a studio album titled Put (Path). Less than three years later, the trio has recorded nine new songs that together make up their second album Faza (Phase). The fitting title refers to a form of musical expression in which these skilled musicians currently feel most comfortable.

Their compositions are played on instruments such as the Arabic lute, also known as the oud, which becomes hypnotic and gains a special meditativeness in the hands of Dražen Franolić, the mouth organ, played by Marko Jovanović, adding melancholia and warmth, and traditional percussion instruments like tar, mazar and udu, on which Kamenko Ćulap adds rhythms. The trio's arrangements – a blend of the rhythms of the Balkans, Indian ragas and elements of Jazz and Blues – are made up of Arabic scales, maqamas. Spontaneously and unobtrusively they have been turned into new musical forms. Most of the album's song titles are abbreviations of the names of original maqamas. Nah, for example, is an acronym for the Nahawand-Kabir maqama.

The album cover was once again designed by Edvard Ćulap, brother of Kamenko Ćulap. His quiet and harmonious illustrations are excellent visualizations of the recorded music.

Recorded at the Faculty of Electrical Engineering and Computing, Zagreb - special gratitude goes to the Department of Electroacoustics.

Published with the support of the Ministry of Culture of the Republic of Croatia.

Bandcamp Daily  your guide to the world of Bandcamp